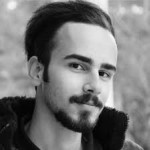 According to one of Apple’s prominent whistleblowers, Apple’s iPhone 14 series will be produced simultaneously in China and India . This could help speed up the release of the next iPhones from Cupertino, but in the meantime, China and Taiwan have a strong political difference. Unfortunately for Apple, a significant number of the company’s suppliers are located in these two countries, and this issue could ultimately lead to a delay in the

Possible delay in the release of the iPhone 14 series

According to reports, the biggest hit that Apple could take from the political tension between Taiwan and China is related to TSMC . Taiwan Semiconductor Foundry is responsible for producing Apple’s proprietary chips for iPhones and iPads and all Apple silicon products. As a result, Taiwan is considered a key point for Apple’s business, and its threat from China can cause problems for it. On the other hand, the Chinese are also responsible for the supply of important parts, and it would be unpleasant for Apple to lose business with these companies.

Apple is said to have asked its Taiwanese suppliers to adhere to Taiwan’s laws and avoid using terms like “Made in China Taipei ” on their products. However, the Chinese customs shows sensitivity to the import of products with the mentioned terms, and this issue can cause the seizure of that series of products. Apple should review the process of releasing its products as soon as possible so that it does not face problems in the near future.

Do you think the difference between China and Taiwan can affect the release of the iPhone 14 series?